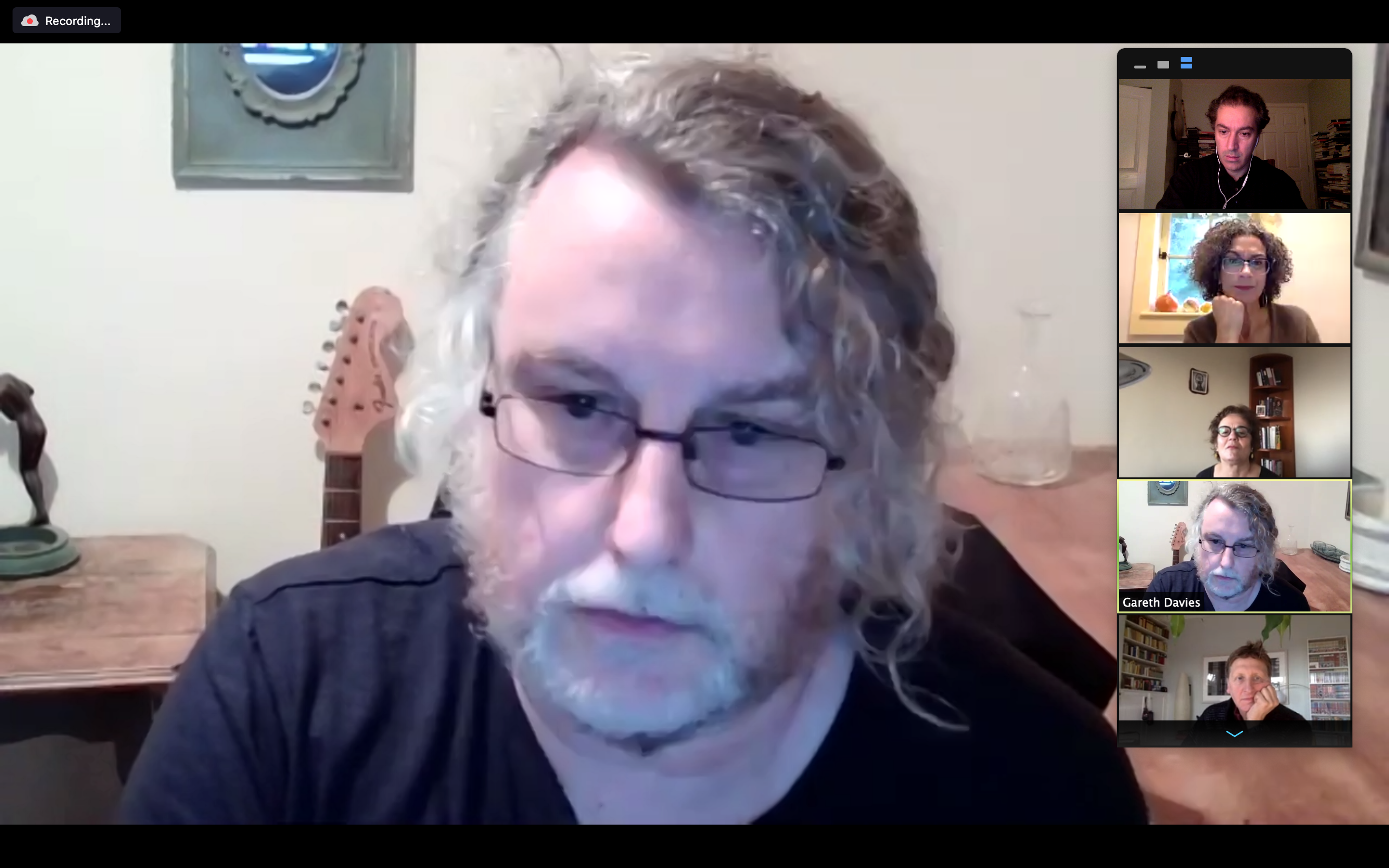 Our member Gareth Davies, and co-founder of SMRN Laura Marks presented their works in progress. Gareth shared his work entitled, ‘‘The Moment Just Past=Passed’ through a video that he created based on his PhD project. The video showed a short clip that began to focus increasingly on a discarded umbrella in the sidewalk, with several repetitions each time in further slow motion. According to Gareth through repetition of the umbrella as a simple banal object, an ordinary object can become extraordinary. The film was effectively a meditation on becoming and on an object found in the world. The visual work was accompanied by a text, where the visual functioned as the root and the text as the branch. In the text Gareth drew on the Persian philosopher Mulla Sadra’s concept of the ‘simplicity of reality’ (basit al-haqiqa) as a way to show the affect of the combination of experiences created by his film(s). Gareth noted that a street scene can be something said (by Existence) of the consequences of Existence. This is not the whole truth, but a crystalline derivation (of the Infinite). For Gareth, his film(s) show the becoming of life, it can be seen as a recording of God speaking. It is his attempt to understand the Divine vocabulary and grammar and somehow to add to the conversation. 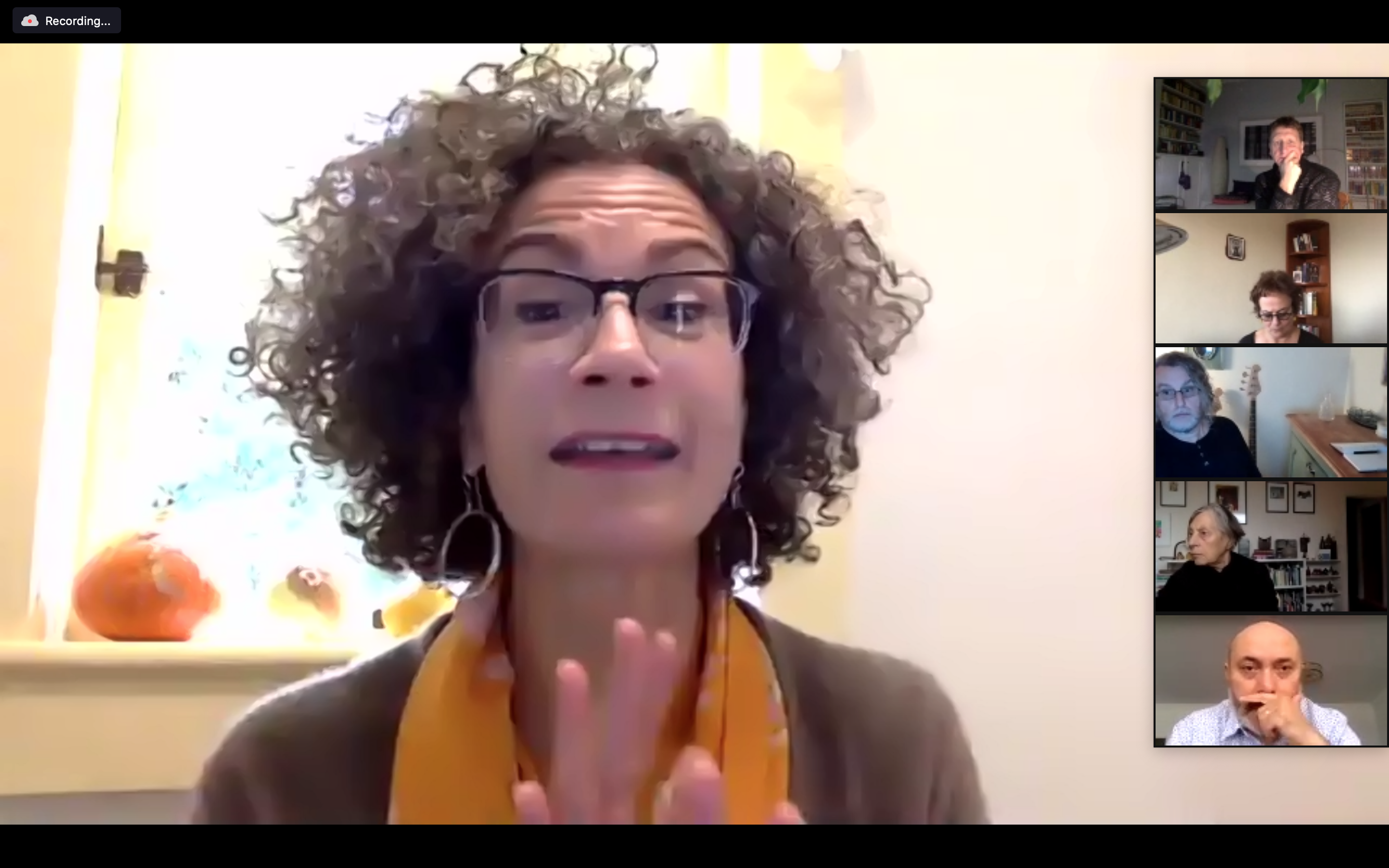 Laura Marks presented her work in progress on ‘‘operational images from Al-Kindī to the present’, which is part of a larger two volume book project. One of which is A Deep History of Arts of the Secret, a book of cosmological methods. According to Laura, ‘it is grounded in the attitude that our perceptions, feelings, and thoughts grasp a little piece of the swirling cosmos and unfold it, revealing more of the cosmos to us from our embodied point of view. From this founding attitude arise a set of methods for discovering and acting on the cosmos: a cosmos foldable in space and time, connected by touch.’ Laura indicated that magic relies on an interconnected cosmos, and she posed a question to the members, namely ‘how to make magic now.’ Laura referred to al-Kindi’s ray based theory of causation in his surviving Latin translation of the lost Arabic original, De Radiis, which argues that not only the stars, physical sources, but imagination and intention also produce rays. Laura conceived al-Kindi’s ray theory to be still accurate (e.g. wave frequencies, electromagnetic radiation). She proposed that is it possible to see the environmental movement as an act of magic today in light of the logic of magic? Laura then showed a number of fascinating images and ray diagrams in Islamicate magic that she conceived as operational images and asked the members about the origins and meanings of the sigils and symbols in the various texts that she believed to be related to astrological and planetary magic.